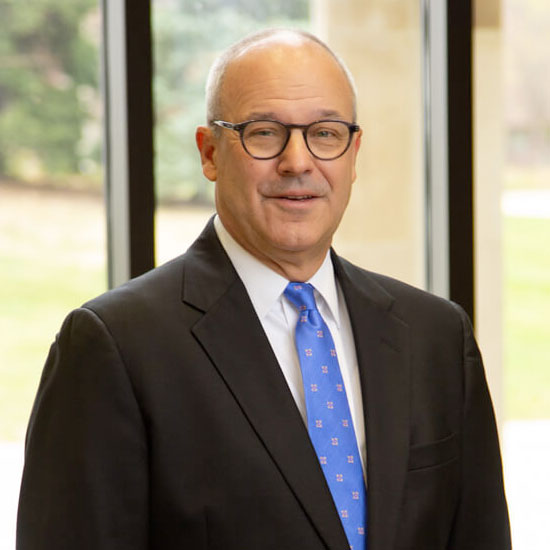 A native of Sidney, Nebraska, Jeffery Peetz focuses on estate planning, business and wealth succession planning, and estate and trust administration, including litigation matters. In these areas of practice, he works with individuals, small business owners, larger-sized agricultural operators, and community bank owners, advising them on contractual matters related to the operation of a successful business.

Jeffery served from 1983 to 1984 as a law clerk for the late former Chief Justice William C. Hastings of the Nebraska Supreme Court. He is a frequent lecturer on estate planning topics, charitable giving as a component of one’s overall estate plan, and real estate law matters for the Continuing Legal Education Committee of the Nebraska State Bar Association and for the American College of Estate and Trust Counsel.

The Charitable Gift Planners of Nebraska recognized Jeffery in 2008 with its Community Sowers Award for outstanding contributions to charitable giving. He has served in various leadership roles in many statewide charitable organizations, including as a past chairperson of the Lincoln Community Foundation.

Jeffery was invited in 2012 to become a Fellow to the American College of Trust and Estate Counsel (ACTEC). Membership requires nomination by approximately 2,500 of the nation’s top estate and trust estate attorneys, review at the state and national levels, and election by the ACTEC Board of Regents. Jeffery is also a member of ACTEC’s Fiduciary Litigation and Charitable Planning Committees, State Chairs Steering Committee, and currently serves as the Nebraska State Chair.